What does the latest IMF forecast mean for the world and India? , latest news of india

The International Monetary Fund on 26 July released an update to the April 2022 edition of its World Economic Outlook. The latest figures suggest that the global economy is likely to be worse than expected in April. What is the bigger message in these figures for both the global economy and India? Here are four charts that explain it in detail.

According to the latest IMF estimates, the global GDP growth is expected to be 3.2% and 2.9% in 2022 and 2023 respectively. In April, these numbers were projected to be 3.6% for both the years. Even the April forecast included a downward revision from the numbers released in the January update. A closer look reveals that a major reason for the slowdown in global growth is the slowdown in advanced economies. The latest GDP growth projections for advanced economies have been cut by 1.4 and 1.2 percentage points for 2022 and 2023, respectively, from January’s estimates, while estimates for developing economies have come down by 1.2 and 0.8 percentage points, respectively, over the same period. , How bad is the coming recession? What do the latest IMF estimates say for India?

According to the latest outlook, the Indian economy is expected to grow at 7.4% in 2022-23 and 6.1% in 2023-24. These estimates are 0.8 percentage points lower than the April estimates for both years. April’s numbers were 0.8 and 0.2 percent lower than January’s estimates. In June, the Monetary Policy Committee of the Reserve Bank of India had projected GDP growth at 7.2% in 2022-23. While the IMF has revised India’s growth prospects downward, and it remains to be seen whether the rating committee will also revise downwards when it meets in August, India will remain the fastest growing major economy in 2022. Will lose its tag in -23, but will bounce back in 2023-24. Saudi Arabia will grow faster than India at 7.6% in 2022, but will slow to 3.7% in 2023. 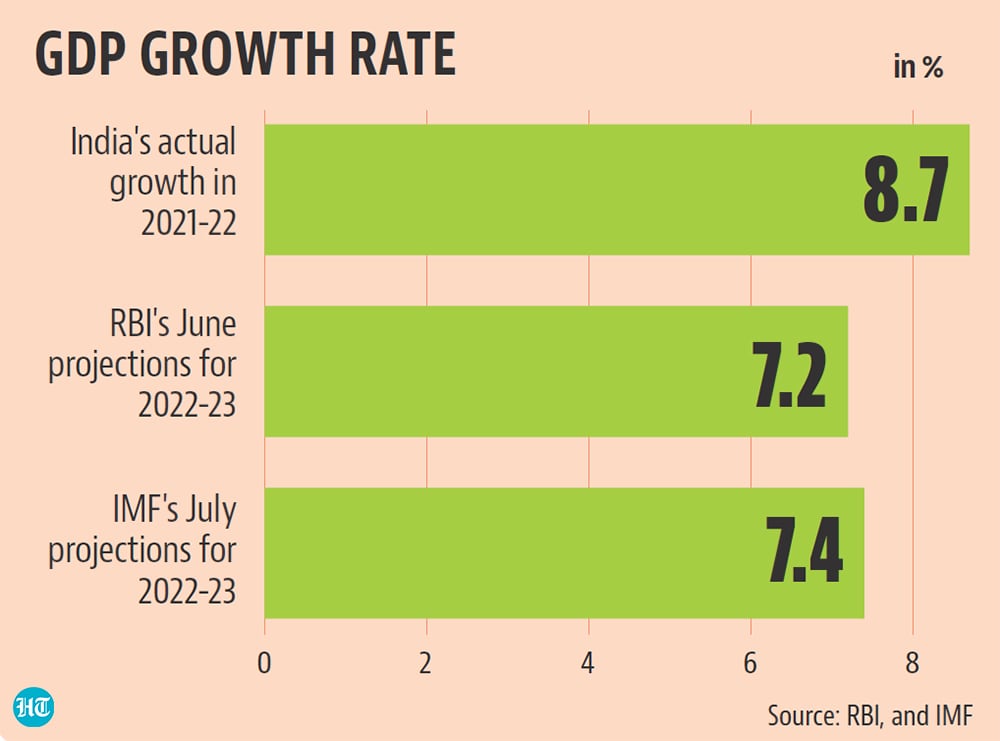 Bringing inflation back to central bank limits should be a top priority.

Since January 2021, global inflation numbers have steadily risen faster than IMF estimates. The latest global inflation estimate was 8.6% for the second quarter of 2022, up from 2.7% in the January 2021 update. These inflation levels are considered “a clear risk to current and future macroeconomic stability”, according to IMF chief economist Pierre-Olivier Gourinchas. Policy makers should bring this back to the central bank’s goals as a top priority, he urged (https://bit.ly/3zA1EAh). “Tougher monetary policy will inevitably have real economic costs, but delaying it will only add to the hardship,” Gaurynchas said. “The tightening that central banks have begun should continue until inflation is contained.”

These inflationary concerns come at a time when government budgets around the world have been stretched by the pandemic, leaving little room for launching expansionary fiscal policies. On this background, the Gaurynchas encouraged governments to provide “targeted financial aid” to the most vulnerable sections, and financed them with higher taxes or lower government spending so that such additional spending would not feed on rising inflation as well. 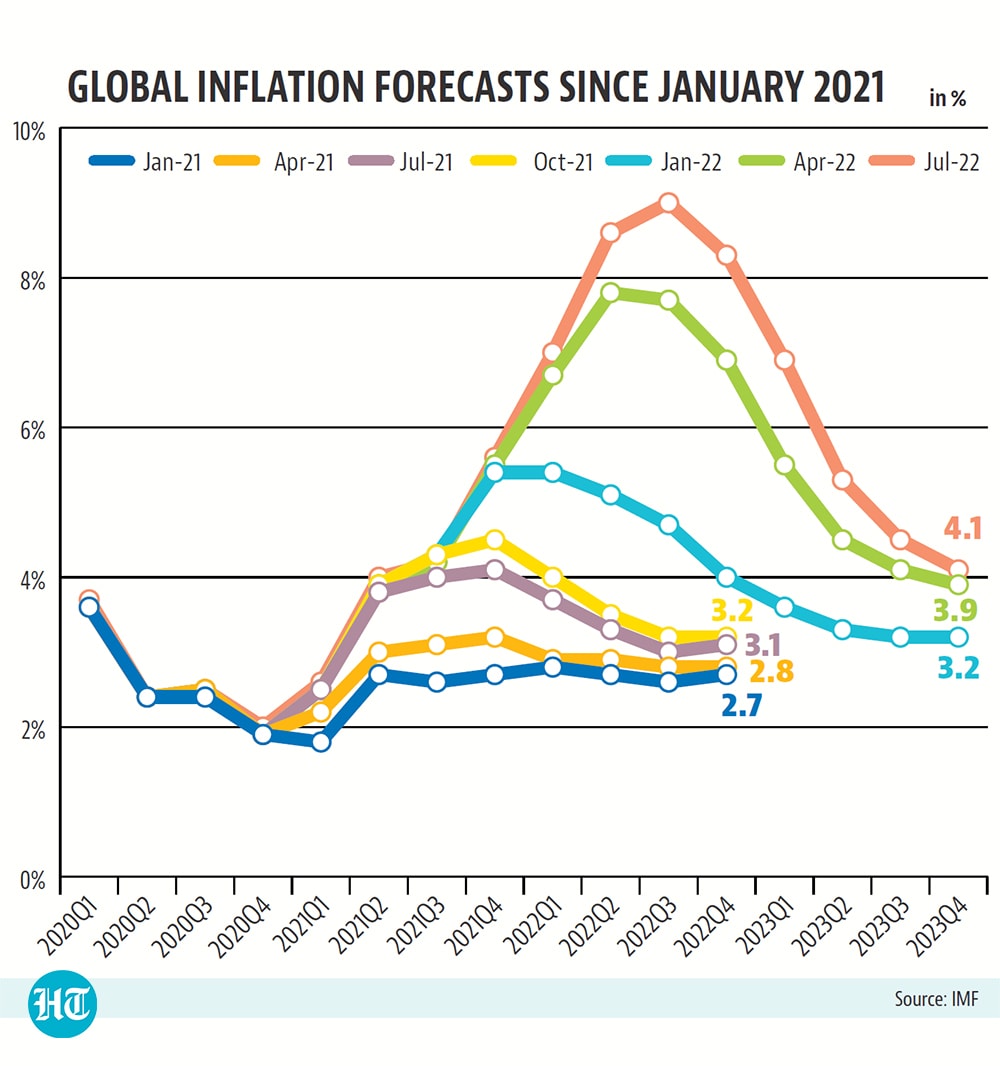