‘The Kings of the World’ won the Golden Shell in San Sebastian. news 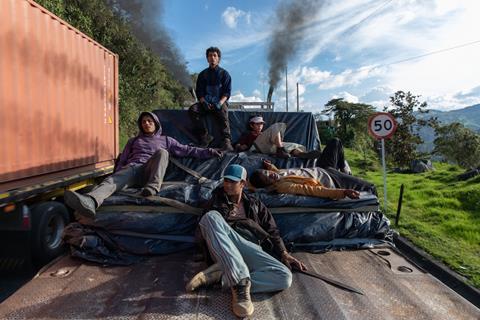 A Colombian co-production with Luxembourg, France, Mexico and Norway, the film follows five street kids from Medellin, who venture into the countryside in search of the land one of them had inherited. Film Factory Entertainment handles the international sales. Mora’s debut was a 2017 Toronto and San Sebastian selection. kill jesus,

The award means another female director has won the top prize at a major ceremony in Berlin this year following Carla Simone’s win. alkarsi and Laura Poitras’ Golden Lion in Venice For All the Beauty and the Bloodshed, This is the third consecutive Golden Shell for a female director after Diya Kulumbegashvilik.beginning of in 2020 and Alina Grigorblue moon Last year.

The Silver Shell for Best Director among other awards at the main competition of SSIFF went to Genki Kawamura of Japan one hundred flowersWith the Special Jury Prize won by Marion Mathias Runners. Both were debut features.

The festival’s non-gender specific acting awards (first launched last year) went ex-aqua to two young actors: for Carla Quilez. la mater, experiencing an unwanted pregnancy as a teenager; and for Paul Kircher winter boy, directed by Christophe Honoré, to play a teenager coping with the loss of his father. The Silver Shell for Best Supporting Performance went to the very young Renata Lerman substitute. She is the daughter of the film’s director Diego Lerman.

The Kutxabank-New Directors Award for Best First or Second Film, which comes with 50,000 euros, to be shared between the director and the company that distributes the film in Spain, went to the French production. spare keys, directed by Jean Aslan and Paul Sentillon. Special mention given to Parth Saurabh’s Indian debut feature either side of the pond,

The closing film was by Neil Jordan marlowe, based on a new take on Raymond Chandler’s detective from the novel by John Banville, co-written by William Monahan and Jordan. The title role is played by Liam Neeson, who attended the finale with director and co-star Diane Kruger.