The Car Brands That Involved in the Most Accidents on American Roads in 2022, Ranked

Insure scanned driving history – which they found accessing 4.6 million car insurance applications – to see which brand of vehicle caused the accident. Crunching their numbers found that on average, 9.25 percent of American drivers have caused at least one road accident.

Overall RAM drivers are 17 percent more likely than the average driver to cause an accident on American roads. 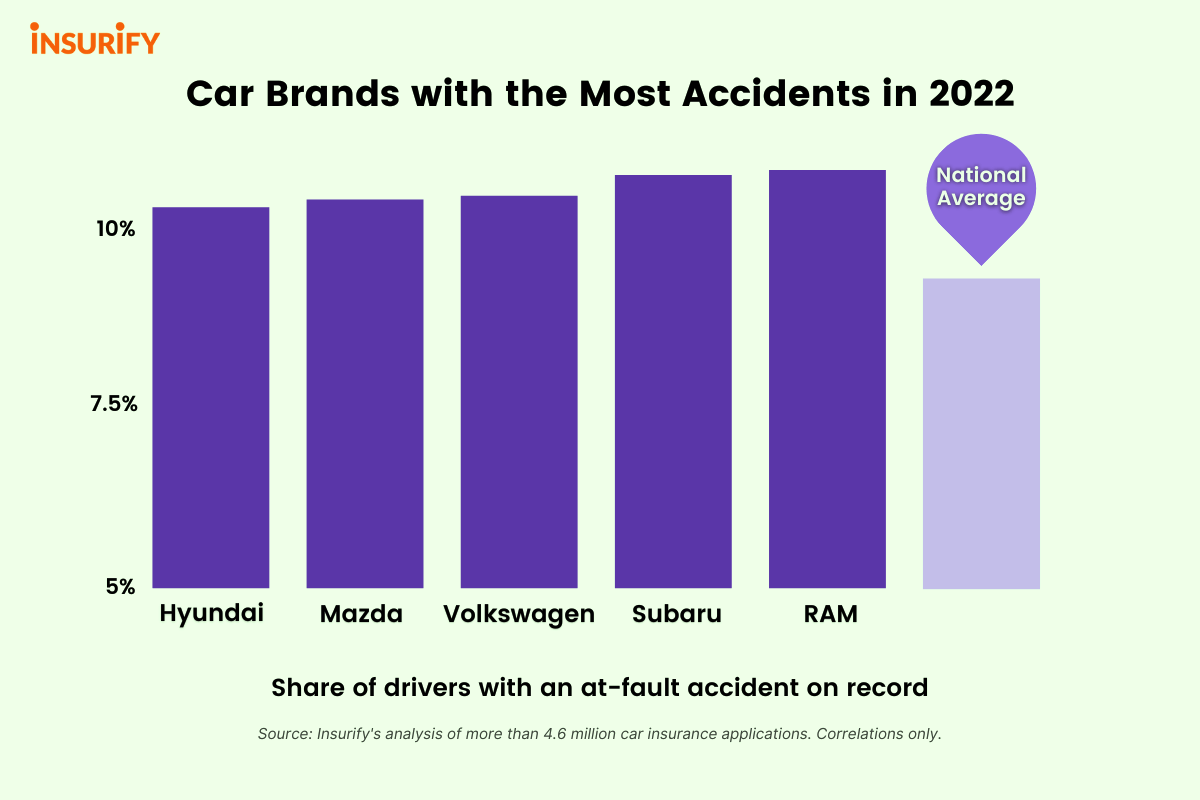 [Photo by Chris Barbalis on Unsplash]