Suzuki models with 4WD through the ages 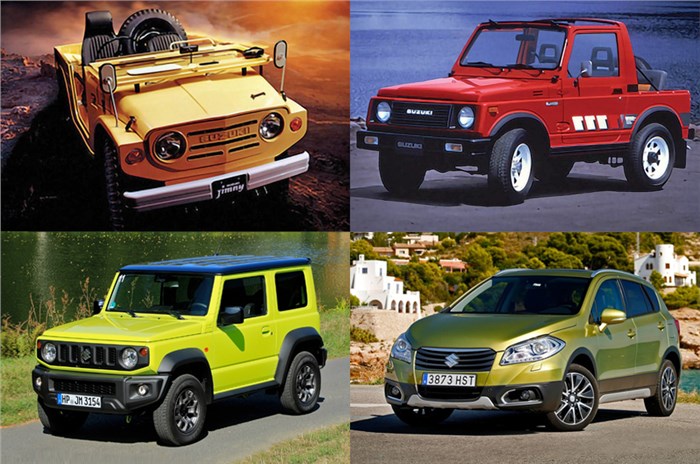 as in motoring iconSuzuki has worked towards making some of the most memorable, small, light vehicles globally. However, its history also includes a variety of capable off-roaders and four-wheel drive systems. The journey of the Japanese brand began in the 1950s when it became one of the leading kei-car manufacturers. These cars had to meet Japanese government tax norms and motor vehicle standards (dimensions and engine size limits), resulting in their low price and high value for money. During this time, the Suzuki 4×4 . came up with the idea to take inspiration from Jeep Model used in WW2. 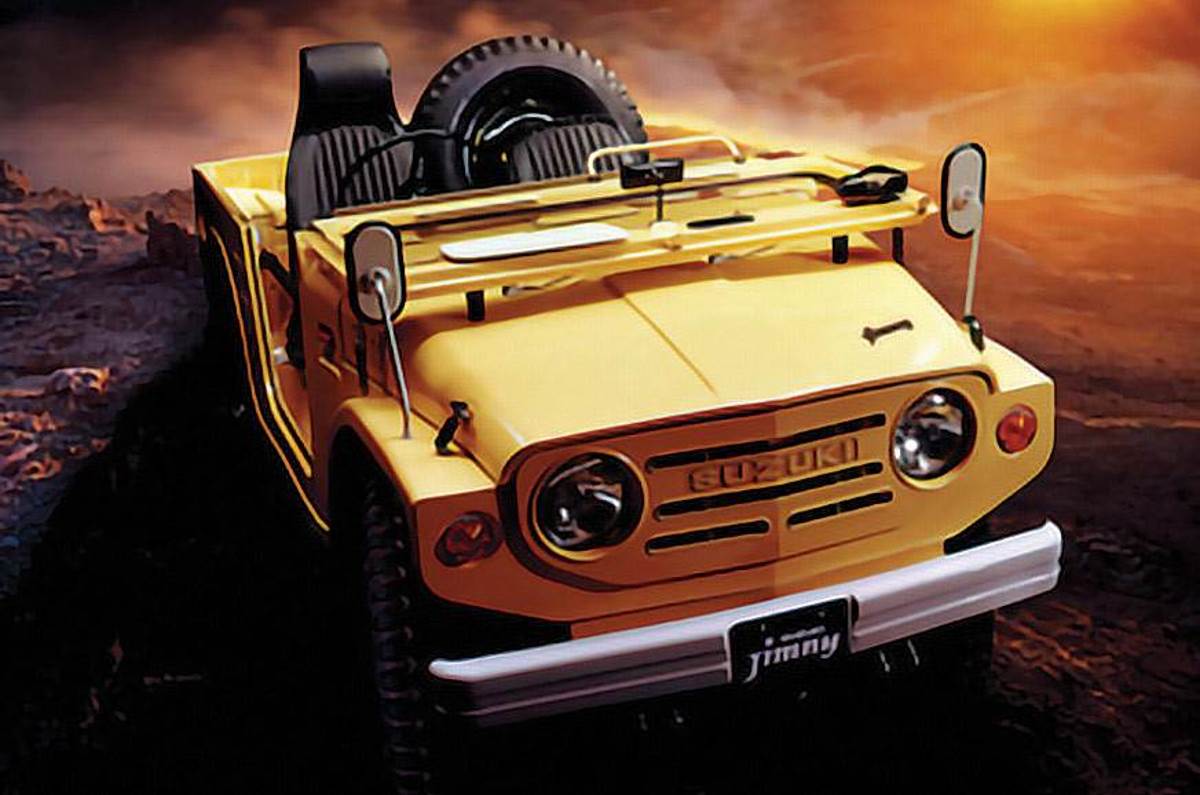 Suzuki’s journey of producing 4X4 vehicles began with the LJ10, which was launched in the Japanese market in April 1970. Being the first mass-produced 4X4, the SUV was strictly a 3-seater, with the spare tire mounted behind the front passenger seat; This unusual placement was due to limitations arising from the segment’s dimension criteria. The LJ10 came with a 25hp, two-cylinder petrol engine, mated to a 4-speed manual transmission and powered the rear wheels. It also includes a mechanical transfer case that can be controlled via a raised lever, allowing drivers to engage or turn off four-wheel drive depending on road and driving conditions.

During the next decade, Suzuki began exporting the LJ50 (1975) and LJ80 (1977) to overseas markets, during which time it was known as the ‘Jimny’. The LJ80 was the last LJ series model, to be powered by a 41.6hp, four-cylinder petrol engine. To capitalize on its overseas sales success, Suzuki launched the SJ410, which sported a new exterior and interior design. Powered by a new 45hp, 1.0-litre, four-cylinder engine, the SJ410 has retained the same four-wheel-drive system as is featured on its predecessor, along with a 4-speed manual gearbox. For the Indian market, Suzuki introduced the SJ410 as the ‘Gypsy’ in 1985, after tying up with Maruti in 1981. 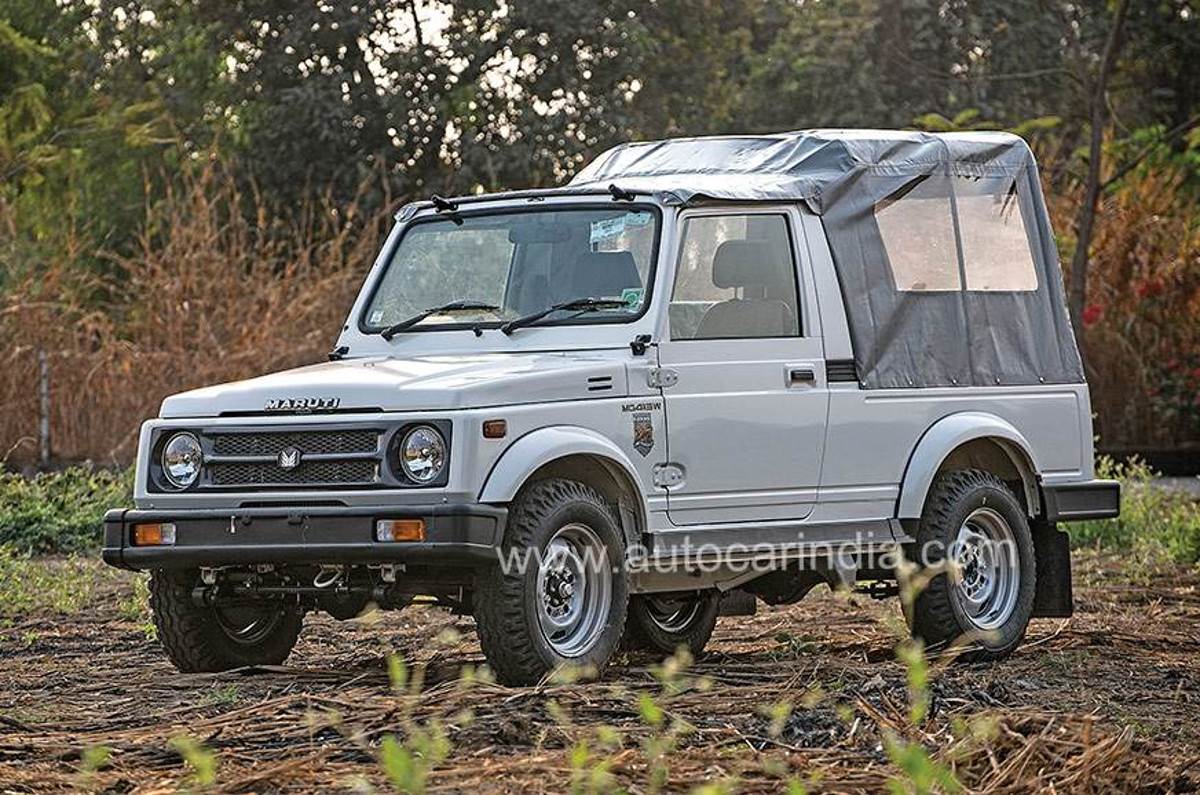 In 2000, Maruti Suzuki updated the Gypsy with a new 81hp, 1.3-litre petrol engine, mated to a 5-speed manual transmission while maintaining its off-road technicality. Available in the guise of a long-wheelbase, the ‘Gypsy’ was the brand’s first four-wheel drive vehicle, becoming the most successful rally car in India and the de facto SUV for the Indian Army until 33 years of production. ended in 2019, To further expand its portfolio in overseas markets, Suzuki introduced the Vitara SUV as a 3-door model. Powered by a brand new 80hp, 1.6-litre, four-cylinder engine, coupled with a 5-speed manual transmission, the Vitara used a part-time four-wheel-drive system and an integrated 2-speed transfer box. The brand also ensured that Vitara has significantly improved ride and handling by replacing the earlier model’s leaf spring suspension setup with coil springs and adding in power steering. 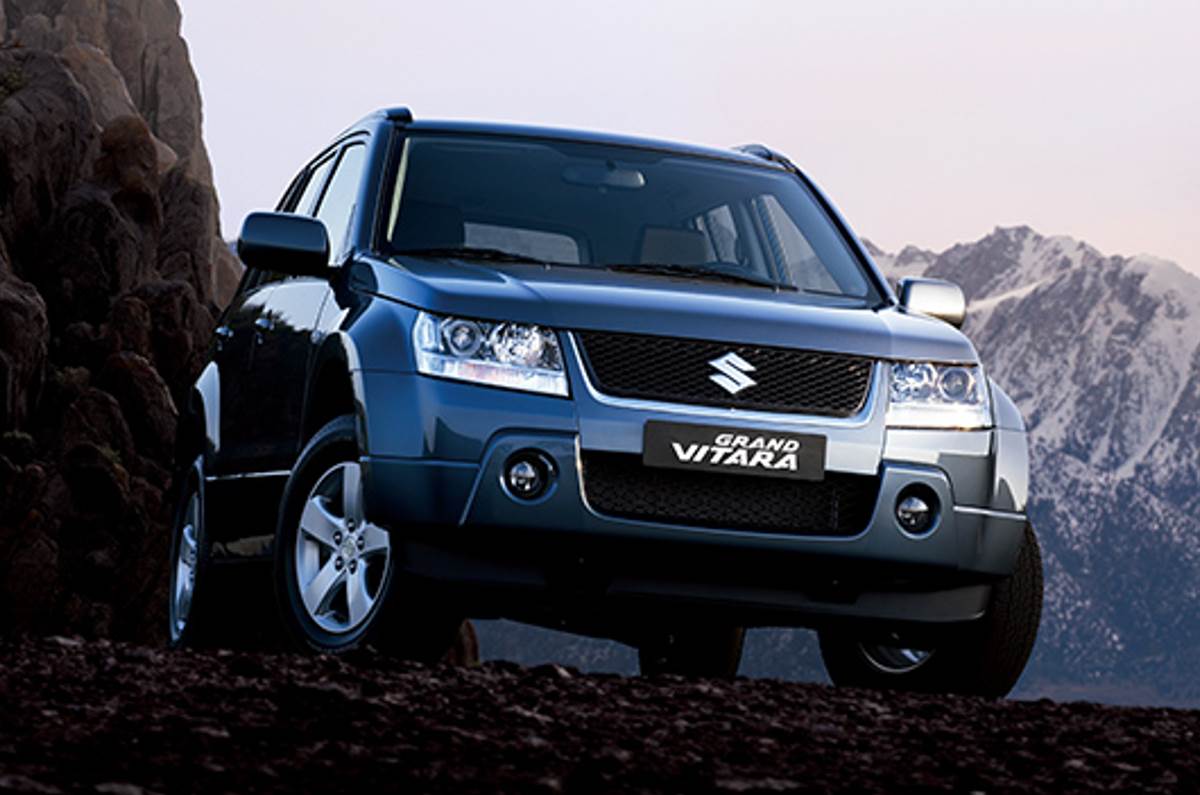 Over the next 26 years, three more generations of the Vitara were introduced as 5-door models, with design, mechanical and feature changes. Of these, the brand decided to bring the 2nd-gen Grand Vitara XL7 to our markets in 2003, followed by the 3rd-gen Grand Vitara via CBU routes in 2009. However, both the products failed to gain traction among the masses due to their high pricing. 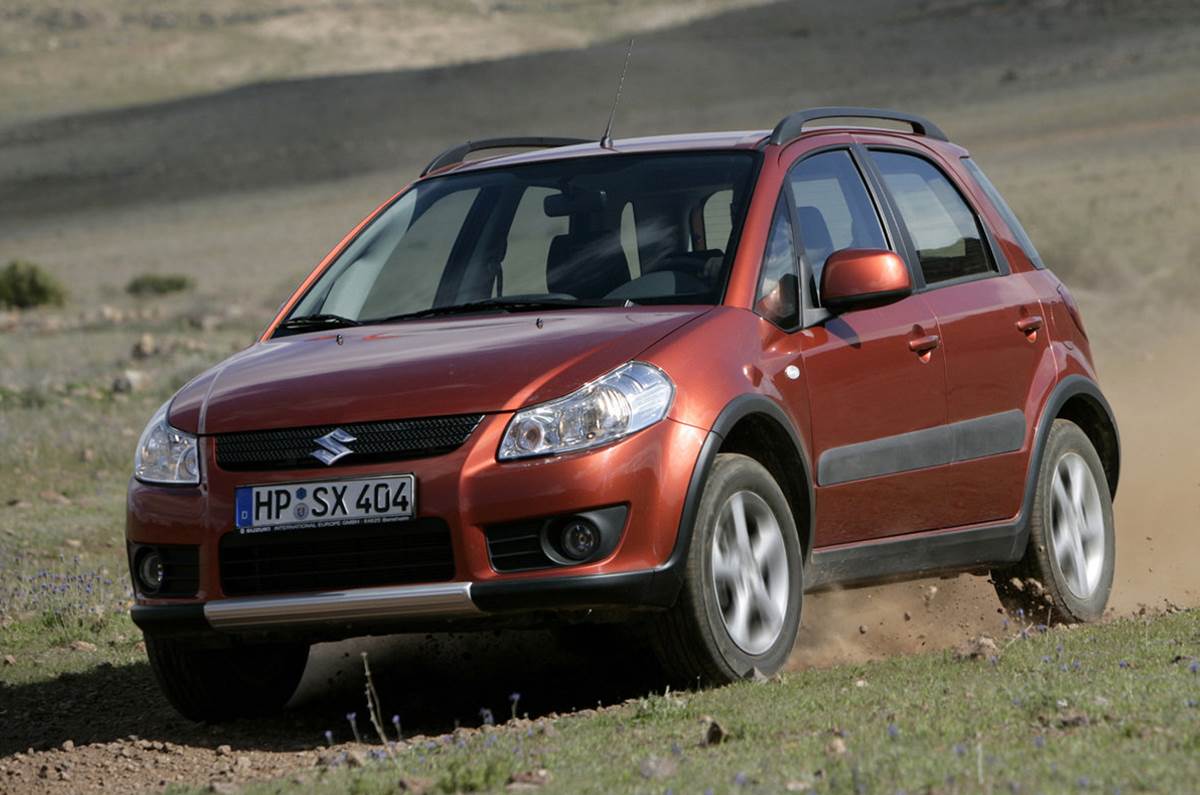 Suzuki capitalized on the Vitara’s success by launching the SX4 crossover, which introduced the first iteration of the electronically controlled four-wheel-drive system we know today as the ‘AllGrip’. Known as i-AWD, the system assessed road surface and driving conditions based on information from a series of sensors. The i-AWD system had three driving modes – 4WD Auto, which automatically sent power to the rear wheels based on driving conditions; 2WD, which limited power to the front wheels; and 4WD lock, which allows for a roughly 50:50 distribution of torque between the front and rear wheels. 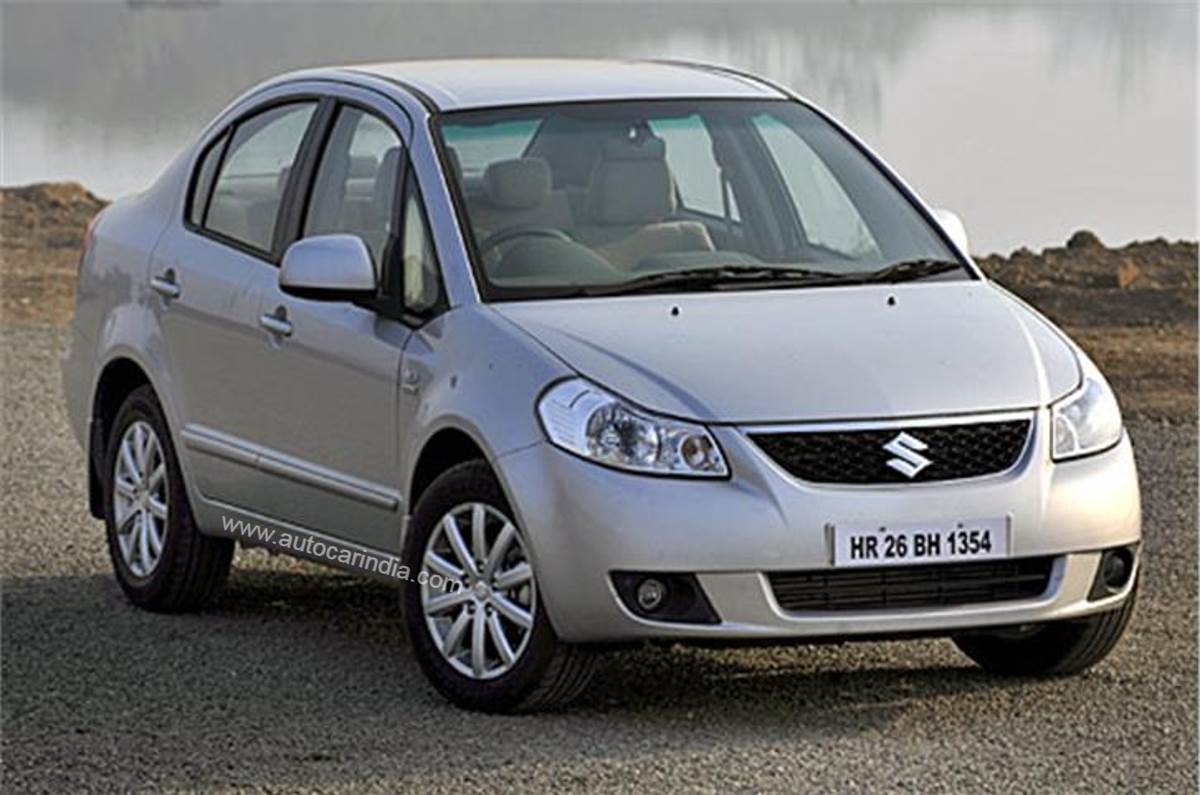 In 2007, Maruti Suzuki introduced the SX4 as a midsize sedan for our markets, but only in front-wheel drive guise to compete with the Honda City of its time. Based on a modified Swift hatchback platform, the SX4’s engine options included a 102hp, 1.6-litre petrol and a 90hp, 1.3-litre diesel. 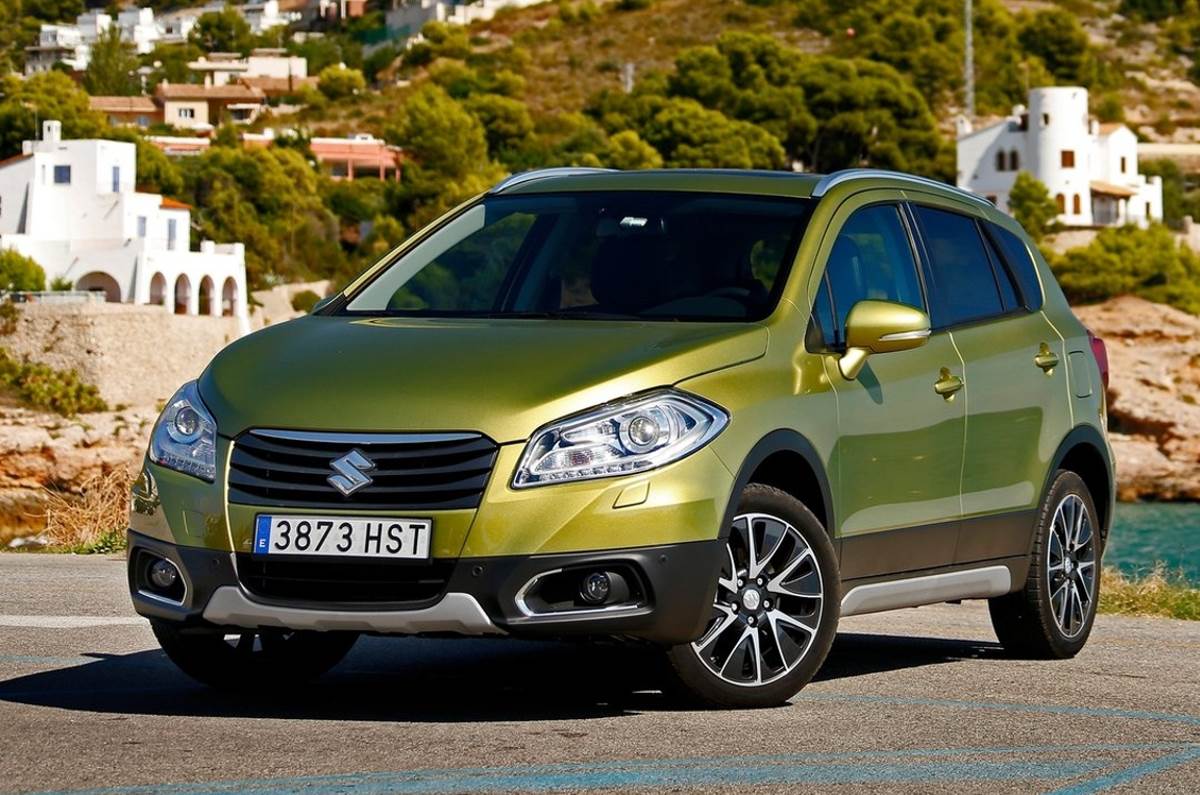 After years of expertise in developing four-wheel-drive systems, Suzuki introduced the ‘Allgrip’ system through the S-Cross in international markets. Building on the i-AWD system already in place, Suzuki offers its four-wheel-drive technology in three versions – AllGrip Auto, AllGrip Select, and AllGrip Pro. To understand how each of these versions work, you can click Here, The international-spec S-Cross has an AllGrip Select version, which allows drivers to choose from four driving modes – Auto, Sport, Snow and Lock – via a push-and-turn dial on the dashboard. 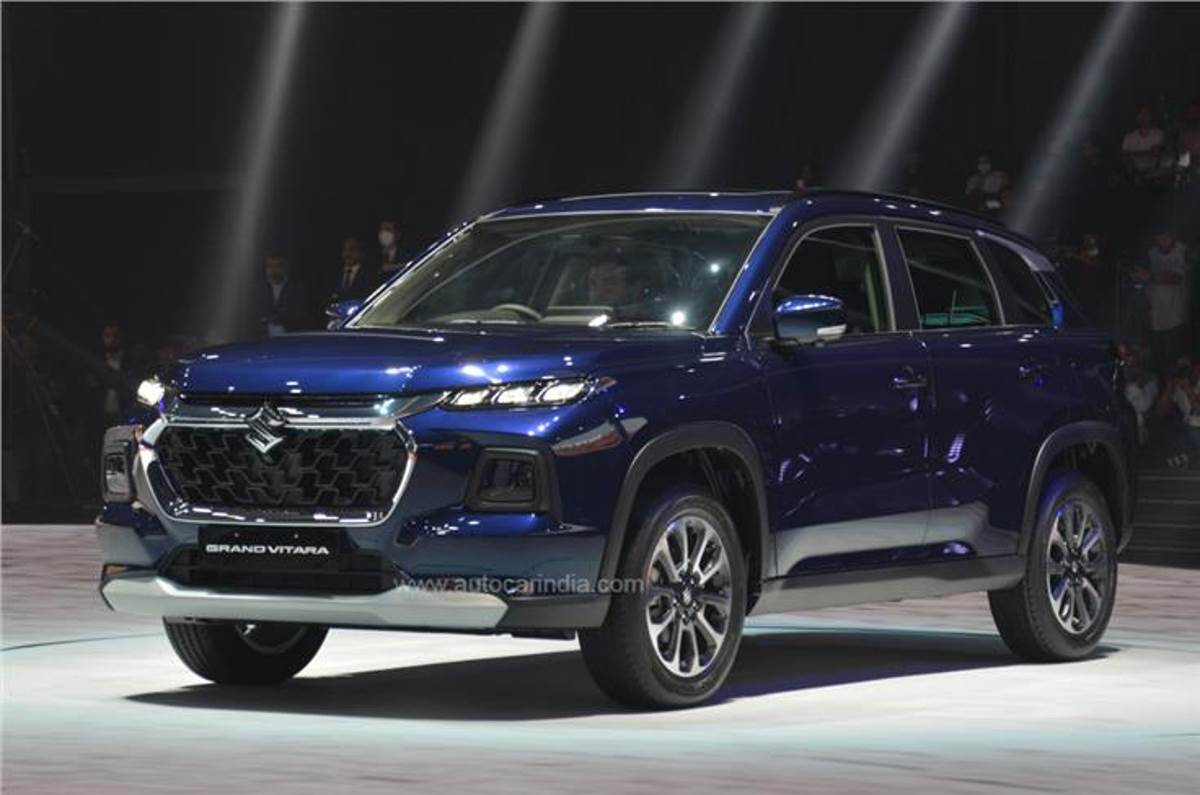 Maruti Suzuki first introduced the S-Cross in 2015 as a front-wheel-drive model in our markets with two diesel powertrains – a 90hp, 1.3-litre unit and a 130hp, 1.6-litre mill. The crossover received a facelift in 2017 and was finally equipped with the sole 105hp, 1.5-litre petrol engine in 2020. With its production ending this year, the S-Cross will be replaced recently. Unveiling Grand Vitara, In which there will be a select version of Suzuki’s AllGrip system. 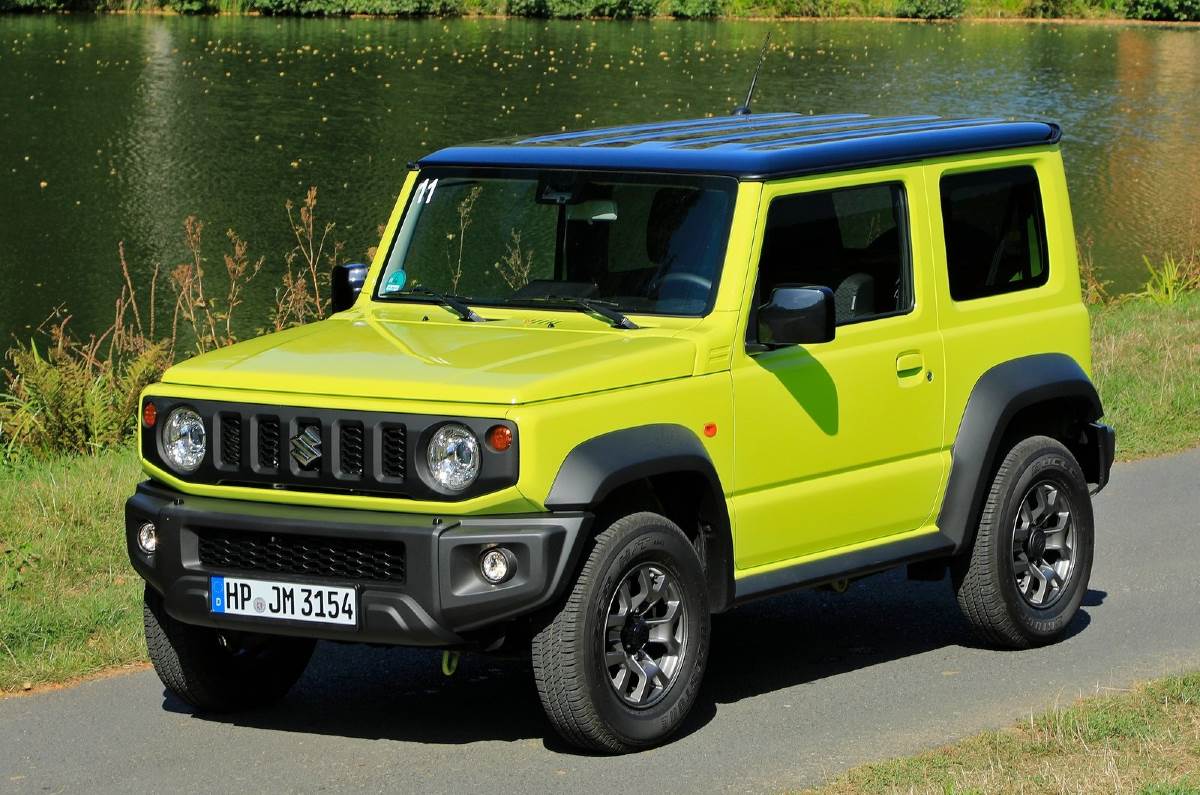 Nearly 50 years after its first introduction, Suzuki introduced the brand new Jimny, which retained the original’s smaller, lighter 4X4 vehicle design principle. Offered as a 3-door model, the Jimny uses a ladder frame chassis, which is mated to a coil spring suspension setup and the Pro version of the brand’s AllGrip system. Shown at the 2020 Auto Expo, the fourth-gen Jimny is powered by a 102hp, 1.5-litre K15B petrol engine and was greenlighted in 2021 for launch in India. 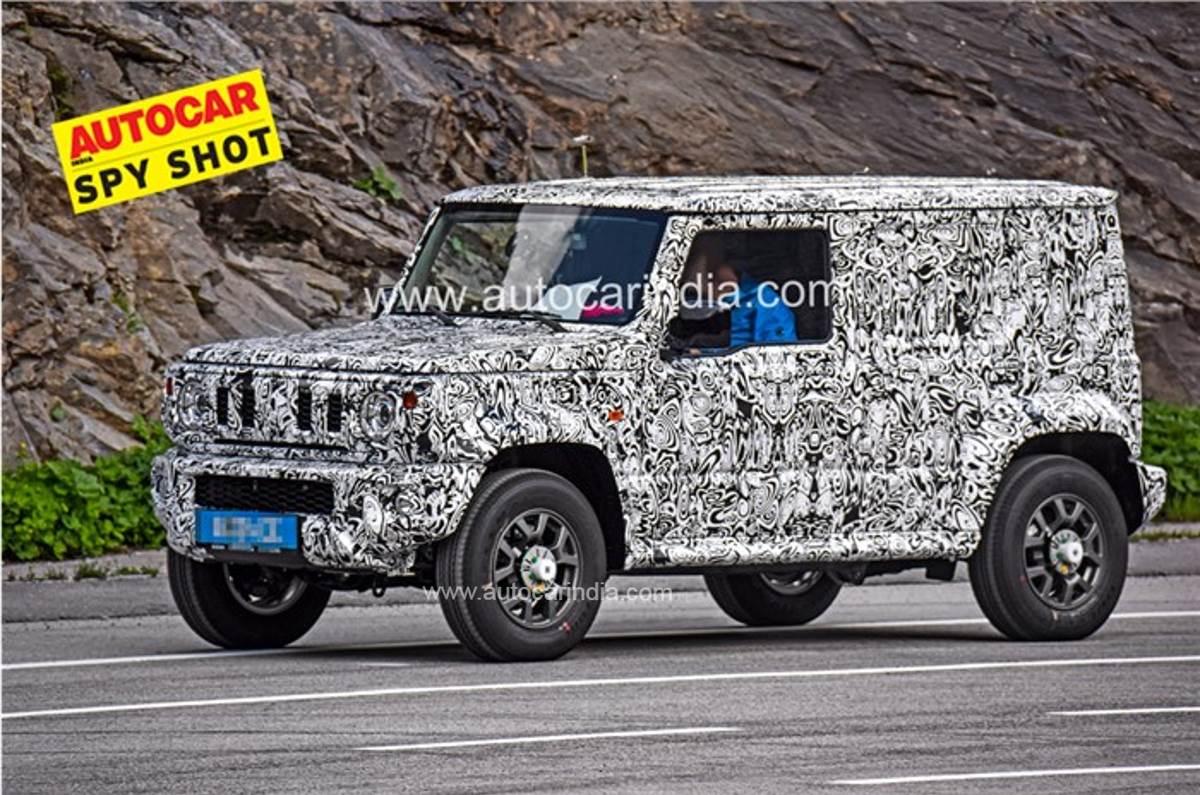 Recently, a test mule The 5-door Jimny Global model was spied testing in Europe and is expected to make its India debut at the 2023 Auto Expo in Delhi. Sources say that the India-run Jimny will be powered by the new 103hp, K15C DualJet engine that is present in Maruti Suzuki’s current model line-up.

This Custom 5-Door Suzuki Jimny Is a Unique Creation